I've done some work modeling HIV infection, so I really enjoyed the rebuttals to HIV deniers on Moment of Science.
Posted by Jane Shevtsov at 12:31 PM No comments:

Via Negativa has posted some truly artistic photographs of mushrooms. Check them out!
Posted by Jane Shevtsov at 12:22 PM No comments:

Posted by Jane Shevtsov at 10:47 AM No comments:

Off the southwestern coast of Africa, a current flowing from the east hits land and forms an upwelling that brings cold, nutrient-rich water to the surface. These nutrients, promote plankton growth and the plankton, in turn, supports a productive fishery. Or, at least, it used to.

In the 1980s, the Namibian sardine and anchovy fisheries collapsed from overfishing. With fish populations down, jellyfish thrived. Freed from predators and competitors, they took over the place to the point where a recent study estimated that the Namibian continental shelf supported 3.6 million tons of fish -- and 12.2 million tons of jellyfish!

The authors of the study credit the jellyfish population explosion to the removal of competitors, but I think predators may be playing a role. In their trawls, 99% of jellyfish (by weight) were one species, Aequorea forskalea. To me, this hints at the removal of a predator, since classic field experiments have found that predators help maintain biodiversity by keep superior competitors from getting too common. I do not know of evidence for a similar effect with competitors.

The difficulty with this idea is that not much eats adult jellyfish. I certainly don't think sardines or anchovies do. But what if these fish helped support a jelly predator? (Sea turtles?) Alternatively, it's possible that zooplankton-eating fish, which include the aforementioned sardines, consume jellyfish larvae, keeping populations under control.

To be fair, the authors' hypothesis is not impossible. If one or more kinds of fish competed mainly with A. forskalea rather than other jellies, then removing that competitor would have the observed effect. Alternatively, it could be that A. forskalea was just as dominant before overfishing began, although it would mean the other jellyfish species were extremely rare. Further investigation of this question could yield scientifically interesting results.

Jelly populations are rising from the Bering Sea to the Gulf of Mexico to the Black Sea. The causes appear different in each place (although overfishing may have played a role in the Black Sea), but it looks like jellyfish have what it takes to take advantage of disturbed ecosystems. Somewhat worryingly, it looks like they may delay the recovery of fish stocks by consuming eggs and fry. While it doesn't look like much can be done with existing jellyfish blooms, preventing overfishing and bioinvasions should be priorities for keeping the gelatinous predators under control.
Posted by Jane Shevtsov at 9:56 PM 3 comments:

Seen while submitting a paper to the Journal of AIDS:
' 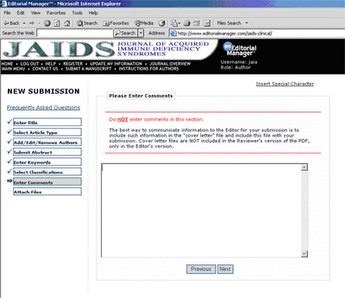 Posted by Jane Shevtsov at 9:23 PM No comments:

Isn't it nice when businesspeople know biology?
Rare flower found on site is a plant, says developer
Posted by Jane Shevtsov at 6:29 PM No comments: