Karmen at Chaotic Utopia has a post about discovering a lady beetle colony on a tree in her front yard. The initial encounter was less than promising.

"One of the reasons I chose my house was the giant maple tree by the front porch. The foliage provides shade and privacy in the summer and a terrific Halloween backdrop in the fall. So, a few weeks ago, when I noticed the tree was infested with something, I was a bit concerned. Ok, maybe that's putting it lightly. I threw science out the window and freaked out. 'The tree's covered with insects! It's gonna die! Ew!! Call somebody! Quick!'"

Eventually, she becomes a close observer of the colony, chronicling its development.
Posted by Jane Shevtsov at 2:57 PM No comments:

Via Negativa has posted some mushroom photographs and an atmospheric story that, to be honest, I don't quite get. Maybe I'll understand it in the evening, in a more relaxed mood. In any case, the pictures are worth checking out.
Posted by Jane Shevtsov at 2:45 PM No comments:

Posted by Jane Shevtsov at 11:15 PM No comments:

Yesterday, I finally got out to see An Inconvenient Truth. The film is well done, so if you haven't seen it, go! It's definitely worth eight bucks! (And if you're in LA, try seeing it at the Westwood Crest. It's a gorgeous, old-fashioned movie theater.)

I will not analyze the movie's science here -- RealClimate does an excellent job -- other than to say it's very largely correct but ebola and avian flu have nothing to do with global warming. What really got my attention was Gore's juxtaposition of local and global imagery, particularly how they complement each other. 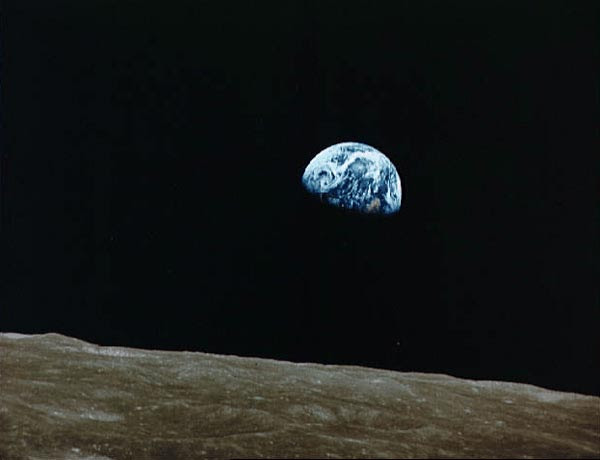 The film starts at a river near the Gore family farm. A minute later, we see the most famous photographs of Earth from space -- Earthrise and the full-frame Apollo 17 shot known only as 22727. 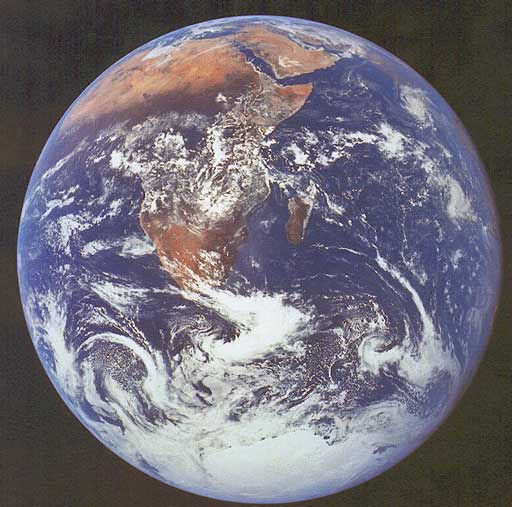 The images continue. Before even really getting into global warming, Gore shows a film of Earth's rotation taken by the Galileo spacecraft and a composite cloudless photograph of Earth (somewhat similar to the one I blogged about here). While the composite is used many times later in the film, the animation and other photos seem to be shown mostly for their emotional effect.

And they certainly do have an effect. Even for somebody who has spent a lot of time examining these images and studying their cultural meanings, it is hard to look closely at Earthrise or 22727 without being moved. The emotion is a complex mix of esthetic appreciation, awe and humility at our place in the Cosmos. If this feeling isn't spiritual, I don't know what is.

At this point, the movie gets into the nitty-gritty of global climate change. Here, the only significant global images are maps, often superimposed on the composite image mentioned above. Instead, we see a lot of clips of particular places on Earth where global warming has been studied or is having an effect. The movie shows the disappearing glaciers of Kilimanjaro, a collapsed building on melting Siberian permafrost, drowning atolls in the South Pacific and New Orleans after Hurricane Katrina. There are also a few images of pollution sources, but Gore mostly presents this information in graphs.

Here, it makes sense to detour briefly into the relationship between the local and the global. The two perspectives are often presented as opposites, but this is a false dichotomy. "For this local scene to exist," writes geographer Denis Wood in Five Billion Years of Global Change, " the whole world had to be just so." Each place is an intersection of a myriad of global processes, from plate tectonics to the movements of plants and animals to cultural diffusion. Simultaneously, plate tectonics, biological range shifts and cultural diffusion result from local conditions in places all over the world. Everything happens somewhere, but global systems link localities. The local and the global co-create each other.

At the end of the film, Gore comes to another photograph of Earth, this one taken from beyond the orbit of the outermost planet. Usually referred to as the Pale Blue Dot image, this photograph shows Earth as a small dot, a mote of dust caught in a sunbeam. Carl Sagan, whose idea it was to take the picture, wrote eloquently about it in a book titled Pale Blue Dot. Unfortunately, Gore didn't quote him, so I will end by doing so.

That's here. That's home. That's us. On it, everyone you ever heard of, every human being who ever lived, lived out their lives. The aggregate of all our joys and sufferings, thousands of confident religions, ideologies and economic doctrines, every hunter and forager, every hero and coward, every creator and destroyer of civilizations, every king and peasant, every young couple in love, every hopeful child, every mother and father, every inventor and explorer, every teacher of morals, every corrupt politician, every superstar, every supreme leader, every saint and sinner in the history of our species, lived there on a mote of dust, suspended in a sunbeam.

The earth is a very small stage in a vast cosmic arena. Think of the rivers of blood spilled by all those generals and emperors so that in glory and in triumph they could become the momentary masters of a fraction of a dot. Think of the endless cruelties visited by the inhabitants of one corner of the dot on scarcely distinguishable inhabitants of some other corner of the dot. How frequent their misunderstandings, how eager they are to kill one another, how fervent their hatreds.

Our posturings, our imagined self-importance, the delusion that we have some privileged position in the universe, are challenged by this point of pale light. Our planet is a lonely speck in the great enveloping cosmic dark. In our obscurity -- in all this vastness -- there is no hint that help will come from elsewhere to save us from ourselves.

It's been said that astronomy is a humbling, and I might add, a character-building experience. To my mind, there is perhaps no better demonstration of the folly of human conceits than this distant image of our tiny world. To me, it underscores our responsibility to deal more kindly and compassionately with one another and to preserve and cherish that pale blue dot, the only home we've ever known.

To Understand and Protect Our Home Planet

WorldChanging reports that the phrase, "To understand and protect our home planet" has been deleted from NASA's mission statement.

NASA's mission statement used to be “To understand and protect our home planet; to explore the universe and search for life; to inspire the next generation of explorers ... as only NASA can.” Now, however, it's been changed:

In early February, the statement was quietly altered, with the phrase “to understand and protect our home planet” deleted. In this year’s budget and planning documents, the agency’s mission is “to pioneer the future in space exploration, scientific discovery and aeronautics research.” ...

Although this change is supposed to reflect a renewed focus on going to the moon and Mars, it is profoundly ironic in light of what astronauts have said about seeing Earth from space. Here are just a few samples:

"It isn't important in which sea or lake you observe a slick of pollution, or in the forests of which country a fire breaks out, or on which continent a hurricane arises. You are standing guard over the whole of our Earth." --Yuri Artyukhin

"As I looked down, I saw a large river meandering slowly along for miles, passing from one country to another without stopping. I also saw huge forests, extending along several borders. And I watched the extent of one ocean touch the shores of separate continents. Two words leaped to mind as I looked down on all this: commonality and interdependence. We are one world." --John-David Bartoe

"After an orange cloud -- formed as a result of a dust storm over the Sahara and caught up by air currents -- reached the Philippines and settled there with rain, I understood that we are all sailing in the same boat." --Vladimir Kovalyonok

I am a huge supporter of human space exploration, but I believe NASA's actions are short-sighted. Last year, they made deep cuts in the Life Sciences budget, including the development of bioregenerative life support systems that will almost certainly be necessary for long voyages. Now, the closely related Earth systems science is feeling the pinch. NASA's mission statement actually plays a role in the selection of research priorities. WorldChanging continues:

As we've said before, to truly know the Earth, we need to take to space. A whole array of useful information about our planet can only be learned by leaving it -- whether by launching satellites, sending unmanned probes to other planets, or even shooting ourselves into the depths of space. Space exploration is green, and, even more, the green benefits of space exploration may be the strongest argument for undertaking it.

They also suggest we spread the word about the mission statement change and put the deleted phrase on as many web pages as possible. I just did. Are you game?
Posted by Jane Shevtsov at 12:18 AM No comments:

Freakonomics Blog points out that most blogs don't last. "The typical blogger, like most people who go on diets and budgets, quits after a few months, weeks, or in many cases, days." That's what happened to Perceiving Wholes the first time around, but its rebirth has been more lasting. Beginning to acquire an audience is a thrill. And there are so many neat things to write about that most people never see! I think I'll be here for a while yet.
Posted by Jane Shevtsov at 11:07 PM No comments: